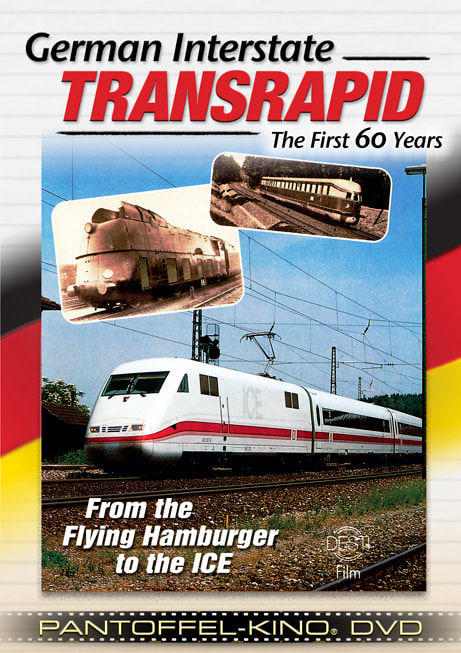 The first 60 Years – From the – Flying Hamburger to the ICE60 years of high speed rail travel in Germany.

This film takes the railway enthusiast on a rail journey through time: sixty years of high speed travel with German Railways. We join the most famous and fastest trains that ever ran in Germany. From the heyday of the German Reichsbahn we bring you the mighty 05 steam locomotive, a streamlined monster that could reach speeds of up to 110 m.p.h. - the world record for a steam engine. Then there are the high speed trains of the 1930's which, true to the old Reichsbahn motto "speed is the essence", could reach the 125 m.p.h. mark effortlessly. After the Second World War came the diesel giant VT 601, and the Trans European Express. At the beginning of the 1970's came the trains of the InterCity network and 20 years later heralded the age of the ICE. Using rare archive material this highly informative video covers the development of high speed rail traffic in Germany, from the pioneering spirit of the 1930's to the present day.