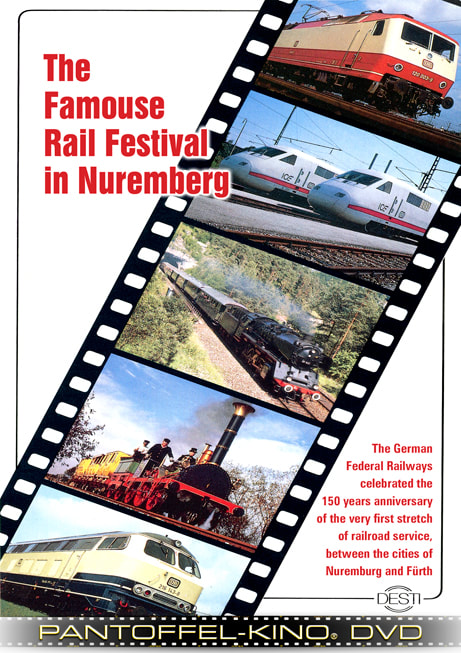 The Famous Rail - Festival in Nuremberg

The German Federal Railways celebrated the 150 years anniversary of the very first stretch of railroad service, between the cities of Nuremburg and FÃ¼rth, with a spectacular event on December 7, 1985 in Nuremberg.

250 cars and engines, representing a century and a half of railroad history and technology, paraded past crowded spectator stands. There were steam engines and electrical engines, priceless historical pieces, original prototypes and exact replicas. Six camera teams were there to catch every detail of the "Railroad Event of the Year". Even longtime railroad buffs will be pleasantly surprised by the variety and multitude of pieces on showâ¦

A fascinating video that brings the festive spirit, the historical significance and the technology home.to you in a surprisingly invigorating sense Definitely a must-see video for every railroad enthusiast!