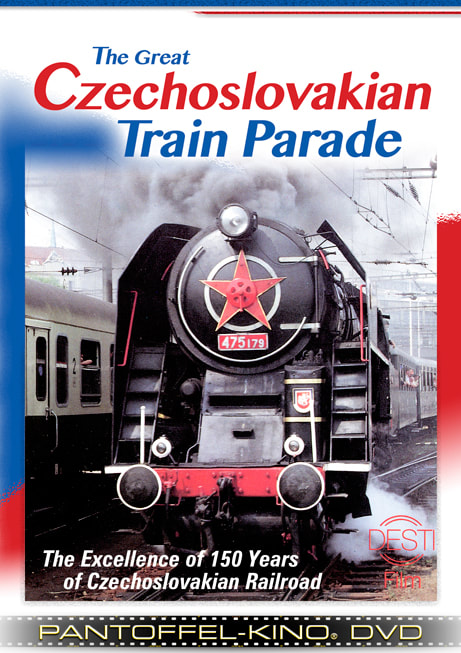 The excellence of 150 years of Czechoslovakianrailroad is celebrated in this unique video.

In 1838, there were only about 2000 kilometers of train tracks in the whole world when the first Czechoslovakian train steamed past the magnificent buildings of the Austrian-Hungarian monarchy. In the following years, Czechoslovakia developed one of the most advanced railroad systems in the world and established itself among the leading builders of top-quality locomotives.Some of the most beautiful steam locomotives in all of Europe are shown in this outstanding video production: these trains bring past epochs to life as they steam along the tracks to the cheers of their enthusiastic fans; also, a large number of fascinating old passenger and freight trains and locomotives with unusual shapes were lovingly restored and polished for this rare historic event. This outstanding historic rail video is a must-have for every serious railroad enthusiast!