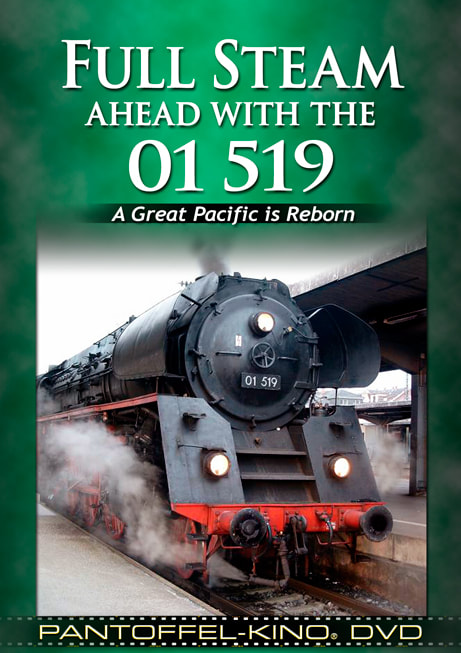 A Great Pacific is Reborn

The beautiful Pacific express locomotive 01-519 was nearly scrapped in the early 1980s. Given reprieve as a heating engine in the shops, she was miraculously saved from an inglorious end by preservation-minded German railway leaders. Here is a wonderfully filmed saga of the 01-519 in February 1991 when the loco spent three exuberant days in regularly scheduled service.You'll enjoy the careful attention to detail lavished by the ever resourceful Desti-Film teams. From their choice of picturesque, scenic locations for the breathtaking run-by shots, to their inclusion of rare historical clips, e.g. scenes from the 1935 Reichsbahn parade in Nuremberg.There are also glances at turntable operations, views inside signal towers, Station agents giving the highball, stoking of the coal, engineers working their magic with the machines, and all the interesting activities found on a railroad. We experience fascinating steam action in brilliant sunlight as well as ethereal foggy mists.his engaging film will bring back the thrill and awe of a great steam locomotive.